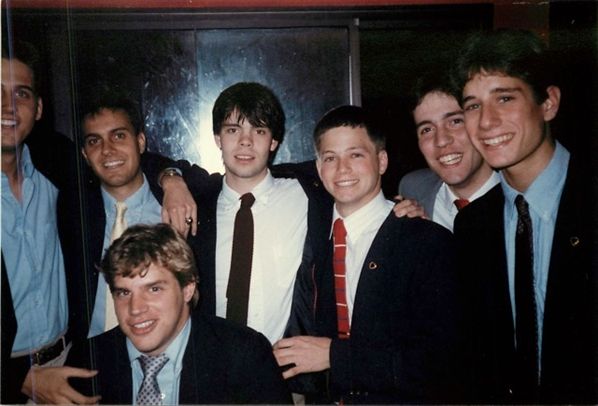 Why did you join Sigma Phi Epsilon? That’s a question we recently asked some alumni, and they delivered! Hear the reasons that Sigma Phi Epsilon became a home away from home … and would go on to impact the rest of their lives.

Dan Olson ‘99 ([email protected]) says he decided to pledge to SigEp when his big brother Kenny Hall asked him to help as a bouncer for the SigEp Reggae party. “I got to know Tolga Latif ‘96, Rich Steinmeier ‘96, Steve Gresdo ‘96 and several others that night and felt like it was a good place to hang out… I grew up in Colorado and needed to have a sense of home away from home. I also played football at Penn and as an athlete you already have a group of friends from the team but needed an escape outside of football. SigEp quickly became my home away from home.”

David Lloyd ‘74 ([email protected]) says that he was drawn to Sig Ep because, “I was attracted to the brothers who seemed (and turned out to be) serious about their studies while finding time to develop great friendships and have good times.”

Why did you join SigEp? Click here to tell us.