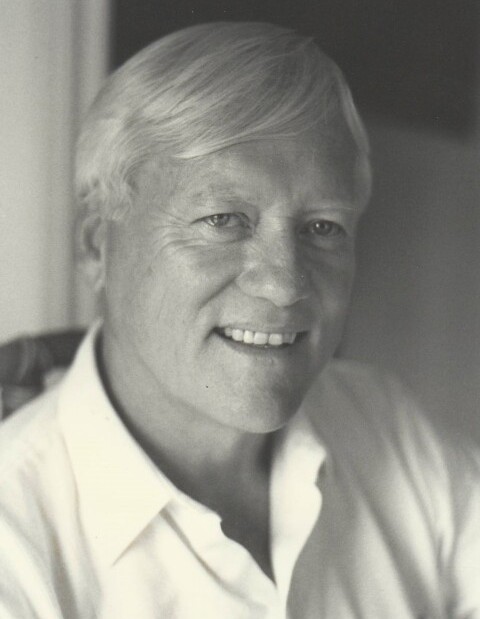 It is with great sadness that we announce the passing of Earl Conway ‘54 into Chapter Eternal. He passed away on March 24, 2022, at the age of 90, with his wife of 67 years, Nancy, by his side as he entered the Kingdom of God.

Earl was born on November 14, 1931, in Asbury Park, New Jersey. He was the first in his family to attend college, and received a full academic scholarship to attend Penn, where he earned his bachelor’s degree in political science and international relations. In addition to being a full-time student, Earl enrolled in the Army Reserve Officers’ Training Corp (Army ROTC) program, became a SigEp brother and competed as a member of the varsity swim team.

Earl loved the ocean and spent much of his summers working as a lifeguard in Seabright, New Jersey. It was during one of those summers that he met Nancy Lou Schucker, who became his wife and lifelong love.

Following his graduation from Penn in 1954, Earl was commissioned as a First Lieutenant in the Army before becoming a sales and marketing representative in Philadelphia for P&G. He spent the entirety of his professional career with P&G, earning several promotions, leading a number of the organization’s business units, and eventually heading all sales and marketing for P&G in Europe, which provided Earl and his family the opportunity to live in Brussels, Belgium. In 1985, Earl was asked by then Vice Chairman Thomas Laco to spearhead what became P&G’s transformative work around the adoption of the principles of total quality management.  Earl immersed himself in the work, which led to his embracing the teachings of Dr. W. Edwards Deming, known for his pioneering work in continual quality improvement. The impact of Earl’s leadership in total quality management continues to be an integral part of P&G’s strategy.

Following retirement, Earl and Nancy moved to Vero Beach. Earl became an avid diver and looked for every opportunity to go on dives in Florida and other parts of the world, including many dives with his children.

As an international thought leader on quality, Earl traveled extensively internationally and throughout the United States, often lecturing side-by-side with Dr. Deming with whom he remained close until Dr. Deming’s death in 1993. In 1992, Earl received an invitation to the White House where he met with President Bill Clinton and Vice President Al Gore. Following the meeting, he was asked to be an advisor to the White House on quality management, a role he held from 1992 to 1993. In addition, he was invited to speak to high-profile government officials and business leaders in Hong Kong, Shanghai, Guangzhou, and Wuxi, Peoples Republic of China in 1992, and Moscow and Kirov, Russia in 1994.

Of his many leadership roles post-retirement, he was co-chairman of the U.S. Quality Council of The Conference Board, a member of the American Society of Quality, an adjunct professor at the University of Cincinnati, and an adjunct faculty member at Indian River Community College in Vero Beach. In addition, he lectured frequently with Dr. Deming at Columbia University.  He was vice chairman of the Indian River Memorial Hospital in Vero Beach, and also served in leadership and Board roles for Volunteers of America in New Orleans; Ursuline Academy in Cincinnati, Ohio; the Planning and Zoning Board, City of Vero Beach; and the Civic Association of Indian River County in Vero Beach. Of his many honors, he was a proud recipient of the American Supplier Institute’s Taguchi Quality Engineering Award.