Friends that have Lasted Lifetimes, All Thanks to Sigma Phi Epsilon 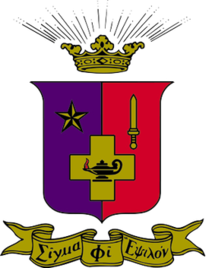 When we talk about Sigma Phi Epsilon, some of the first things that may come to mind are the connections that were made through your years as an undergrad. We recently reached out to our alumni brothers asking what those connections have meant to them over the years, read on to see what Bruce Franzese ’69 had to say.

Mark Lieberman ’69 was someone who, except for my wife and family, was my best friend. His sudden massive heart attack and lingering death came as a shock and caused deep pain to me and to all of those who knew and loved him. As you all know, Mark was a public man and held a number of positions in various civic, religious and professional organizations throughout his life. Mark was a journalist, banker, cable news economics pundit, and entertainer, including singer and stand up comic. Mark usually worked his way to the top of any organization he joined. In that sense, Mark was a quintessential communitarian. He endeavored to make the many and various communities which he joined or of which he was a member by heritage to be better functioning and better servants to their respective members. I met Mark when we both were freshman in college and pledged for the same fraternity (the venerable Sigma Phi Epsilon…Please doff your hat.) We became friendly over time. Mark and his lovely and entirely admirable future wife, Candace, told me many years later that they realized they were meant for each other at a New Years Eve party I hosted (actually, my Mother hosted) at my home, December 31, 1968. Shortly after I married my wife, Terry, in 1973, we began hosting New Years Eve parties at our house and Mark and Candy, and eventually their children and their children’s families attended along with our growing family. We did that just about every year for over 40 years. The last time I saw Mark alive was New Years Eve 2019. Mark and Candy hosted a Halloween party for even more years than Terry and I hosted New Years Eve dinner. Halloween costumes were optional. Candy and Mark usually dressed as some truly scary political figures. I usually took a different route, dressing as Madonna, Cher (Terry went as Sonny) and as an Arab Sheikh complete with a can of motor oil during the height of the Arab oil embargo in the mid 1970’s. Mark was one of the toughest human beings I ever met. He was bedeviled throughout his life with a multiplicity of medical maladies and conditions for which he had over 20 surgeries involving just about every major body system from his gut to his esophagus to his hands to his heart to his brain. He came back strong every time. Nothing stopped him. Mark was an observant Conservative Jew and what I would call a classic New York liberal. I am Roman Catholic and have been a conservative Republican for just about all of my life. Mark and I argued strenuously about politics the entire time we knew each other. But we did it with mutual respect and admiration, conditions that sadly appear to be ever more rare these days in our national discourse. But I would not say that Mark and I never annoyed the living hell out of each other. Far more importantly, we watched each others’ children and grandchildren grow up. My children dearly loved him. We all shall miss him. The death of a loved one is a sad time that we all have to endure. That is part of what it means to be human and alive. Our sorrows are not special and certainly are not unique. But today, if nothing else (and it very much is something!) I wanted to pay tribute to such a wonderful man and dear friend and his wonderful family by sharing this with you.