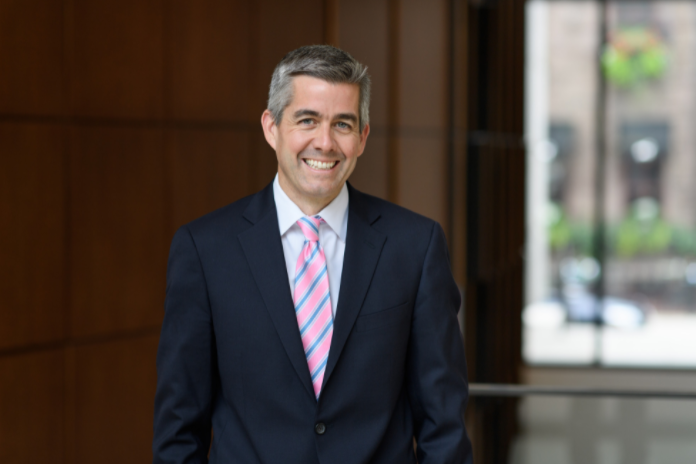 Nevitt’s scholarship has appeared or is forthcoming in the Washington University Law Review, Boston College Law Review, Georgia Law Review, U.C. Davis Law Review, Yale Journal of Regulation, and Harvard Environmental Law Review. He is a frequent contributor to NYU Law’s Just Security blog,Lawfare, and Penn Law’s Regulatory Review; and his comments or writing have also appeared in the Washington Post, Slate,Newsweek, and The Hill. He is also a frequent podcast guest and contributor, appearing on the American Bar Association National Security Law Today Podcastand Penn Kleinman Center for Energy Policy Podcast, among others.

“Professor Nevitt’s expertise on climate change and national security will be a welcome enhancement for Emory Law’s environmental and natural resources program,” says Mary Anne Bobinski, Dean and Asa Griggs Candler Professor of Law. “Accelerating climate crises will require new legal and policy solutions and our students will benefit from learning how this field of law impacts the security, health, and welfare of every citizen.”

Nevitt joins Emory from Syracuse University where he served as an associate professor of law.  Prior to that, he served as the Distinguished Professor of Leadership and Law at the US Naval Academy in Annapolis, MD. From 2017-2019 Nevitt was a Sharswood Fellow and Lecturer-in-Law, at the University of Pennsylvania Law School.

In 2017, Mark was honorably discharged in the rank of Commander after 20 years of service in the US Navy. As a naval officer, he served as both a tactical jet aviator and held several important roles in the Judge Advocate General Corps (JAG), including Regional Environmental Counsel for the Department of Defense in Norfolk, VA; International Law Advisor, US-Iran Farsi Island Incident with the US Fifth Fleet/Naval Central Command; and Attorney-Advisor & Deputy Division Director, Administrative Law within the Office of the Judge Advocate General at the Pentagon. As an aviator, he flew more than 1000 flight hours and accumulated more than 290 aircraft carrier-assisted landings. He was awarded the Navy’s Air Medal for “meritorious achievement, superb airmanship, perseverance, and loyal devotion to duty in the face of hazardous flying conditions.” Mark was commissioned as a naval officer from the University of Pennsylvania’s Naval ROTC program.

Nevitt earned a J.D. from Georgetown University Law Center, where he also completed his LL.M., with distinction, in Environmental Law.  He earned his B.S.E from The Wharton School at the University of Pennsylvania. He is a member of the District of Columbia Bar (active) and Maryland Bar (inactive).