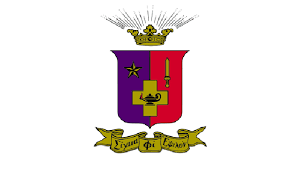 So sorry to hear about the reunion being canceled, even though I would not have made it because of physical conditions! “Gettin’ old ain’t for sissies!” Also, I was sorry to discover that Ron Sloat ’57 and Earl Conway ’54 had passed away recently.

I still remember the night Bill Pfaff ’53 took us “younguns” into Philly and taught us how to act. He even bought us a drink. He taught us well, we all survived the four years, Also, nobody could beat Harry Richards at ping-pong, nor Joseph Zahn ’55 at pool. Ed Lesser ’55, my super big brother, used to frustrate Harry at ping-pong with his looping returns or smashing shots, but Harry usually prevailed.

Bob Davidson and John Roth were great presidents, Marshal a great cook and our houseman (whose name I cannot think of right now) was a good caretaker.

Thanks to all who helped me through: Don Sontag, Ed Lesser, Clarke Glennon and Ed Winenarski to name a few. Everyone helped, but some held my nose to the grindstone. As a result, I had a great career in the Bell System, Local Government Administration and Local & County Government Politics. Also, Marilyn and I have been married now for 65 great years with three good kids that look after us.