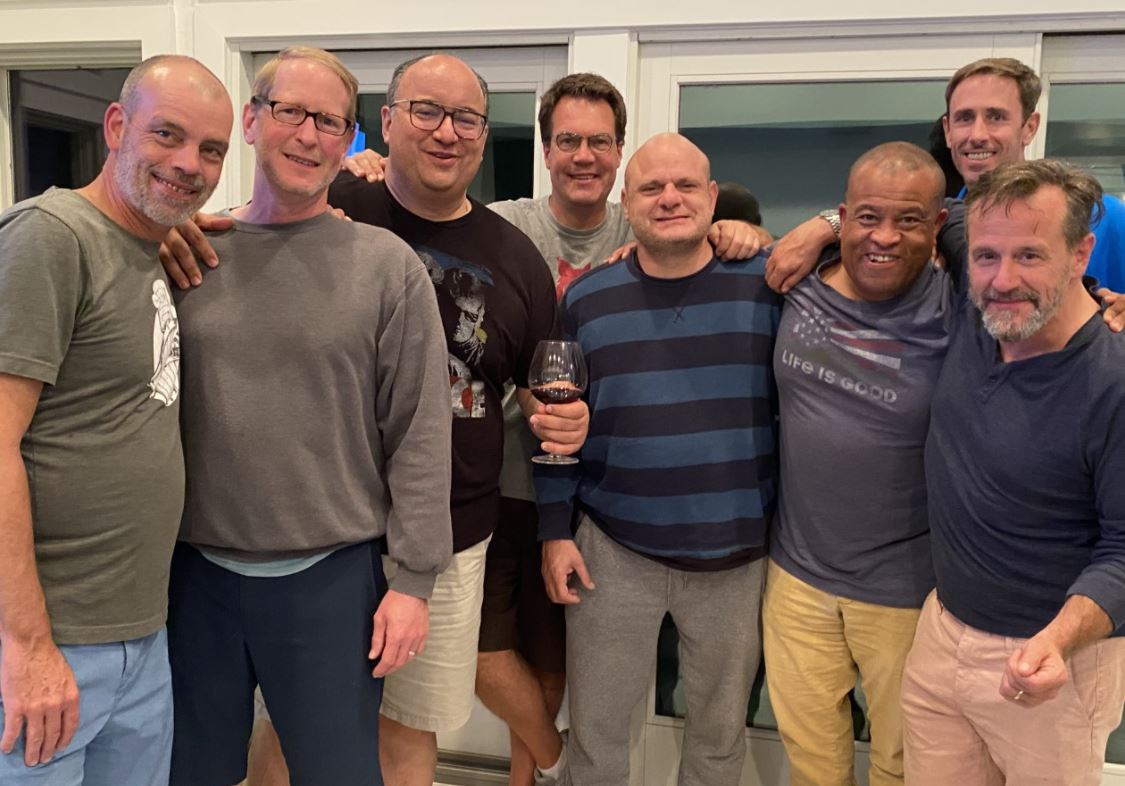 Although the beach bodies were far removed from the young Sig Eps of 89/90, the camaraderie and banter were as if not a day had passed. The weekend opened with a seafood dinner at a local restaurant, The Black Whale. Matt validated the band Berlin’s thoughts on his native southern California and felt the mile-long walk to the seaside spot disqualified it as local. Yet somehow the intrepid group made it there and back. Well, almost back. While returning, our heroes in Columbus-like fashion discovered a local dive bar. Shuffleboard, shots, and other shenanigans were had, before retiring to the house(s). More celebrations ensued as Eytan’s arrival was cheered, partly because Eytan, but mostly because he brought pizza.

The celebrations revived when Jose arrived the next morning. Again, the reader can decide whether the underlying reason was his appearance or the dozens of New York bagels accompanying him.

The rest of the weekend centered around the beach, the good food, the great drink, and the incomparable and lasting friendships that were forged decades ago. Highlights include the beach, its surprisingly robust waves, dozens of hands of euchre (the requisite cheating, taunting, and insults intact), and excellent meals under the culinary guidance of Chef Merritt and Kitchen Bitch Massie. All of which were accompanied by fine wines from Brother Danko’s exquisite wine cellar, overseen by Paul who determined the wines had in fact oxidized sufficiently.

Although brief, the weekend was a strong reminder that the bonds of brotherhood and friendship outlast the years that have passed and the miles that have grown between us. The next event is being planned as this is written